Guns have always been fascinating. Sometimes you’d even feel like just bolting one in your hand, especially when the grip feels so perfect and you’ve already mastered the aim. Most gun owners accessorize their piece to give it a more unique and personalized look.

These accessories, besides being aesthetically pleasing, can be more than meets the eye. A vast majority of these accessories are designed and crafted for certain purposes and functions that are essential in helping you become a true marksman.

There’s an extensive list of pistol accessories in the market, but here are some of the right ones that can make your gat nifty-neat!

A holster is a carrying case for your pistol, usually made with durable materials such as leather holster or nylon that holds its shape to make it easy to put the firearm back in place.

This also helps secure and protect your firearm and may be attached to your belt, waistband, or a strap in some parts of your body so it can be easily withdrawn for immediate use.  Here’s how to draw a pistol from your holster.

There are several types of holsters you can choose from depending on how you intend to wear them. 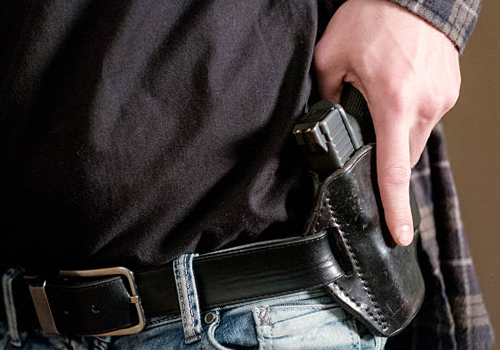 Holsters such as the outside waistband (OWB) holsters are usually worn by police, military, or citizens who choose to open carry. Here’s how to wear a paddle holster.

Gun laws in some areas though, only allow concealed carry. This is when the inside the waistband (IWB) holsters come in handy. We’ll show you how to cut the foam for a gun case here.

A gun clip has a similar function to the IWB holster. It’s used to conceal carry a firearm without the weight and bulk. It clips to your belt or waistband and even in your side or back pocket.

There are gun clips made for specific pistols that can be installed in just a minute or two. But in case you can’t find a specific type for the make and model of your pistol, you can get a universal gun clip that comes with an adhesive and fits virtually all handguns.

You can order gun clips from online gun stores such as Clipdraw and easily install them yourself. Visit Slickguns for the best gun deals, too.

Mounting a laser or a combination of a laser and a flashlight will help you acquire targets quickly. This is ideal especially for any gun (revolver or semi-auto CCW) you may have safely planted in your house for emergencies.

A laser or a laser-light combo will help you see things in the dark so you can easily identify whoever it is that you’re pointing your gun at to help you avoid misfire when using deadly force. Furthermore, this will make your pistol look special-forces-cool. 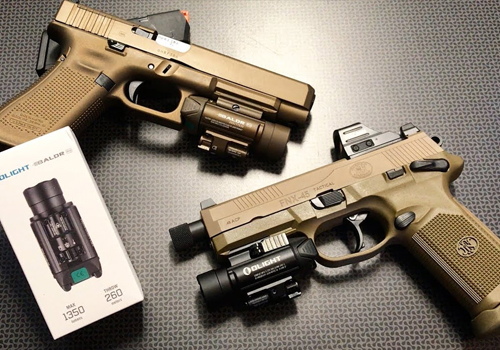 However, you must make sure to work on your marksman shooting with iron sights first before slapping a laser on your pistol. Lasers or laser-light combos won’t make you a better shooter, its purpose is to give you a huge advantage of acquiring your target quickly.

Contrary to the belief of the less informed masses, suppressors—more commonly known as silencers—are legal. Suppressors just gained a bad reputation because of the way they’re portrayed in the movies such as mafia-style killings and assassinations. This isn’t the reason why the authorities are cautious about the purchase of silencers, though; they’re more concerned about poachers using them in their illegal hunting.

Unlike other pistol accessories, suppressors can’t be easily purchased. You’ll be required to pass the Alcohol, Tobacco, Firearms (ATF) background check first before you can get one.

If you use your pistol for shooting sports or just practice, it’s ideal to own a suppressor to keep your eardrums from bursting. Although the use of ear muffs can protect your eardrums from the loud blasts, it may hinder your hearing causing you to be less aware of your environment and subsequently sacrificing your safety as well as the people around you.

Suppressors also improve your accuracy because you’ll be less likely to flinch when shooting due to the muffled sound of the barrel. We’ll show you how to make a 22 suppressor here.

Final Words on Choosing the Right Accessories For Your Pistol

There are several different reasons for several different people to own a gun. One of the most common reasons is because owning a gun can be a lot of fun. Not only can it make you feel a sense of security, but it can also make you feel like the tough guy you’ve imagined growing up to be when you were a kid; not to mention the exciting shooting sports that you can participate in that can massively improve your speed and accuracy.

Owning a gun doesn’t stop there, though. With an extensive list of pistol accessories, you’ll also be excited about pimping it and making it the ultimate weapon of choice.

But, of course, you need to make sure that you’re properly trained and knowledgeable before owning one. You also need to know how a gun works. Ignorance of guns and gun laws might just do anyone more harm than good.