One of the most respected scopes comes from Osprey, which is even approved by the United States military. Besides being recognized for providing cutting-edge quality at affordable prices, the company flaunts its best customer and lifetime warranty services. Let’s look at some of the best scopes that this brand produced in this Osprey scope review.

If you’re a medium to a long-distance shooter, you might consider this tactical scope suitable to your needs as this scope comes with an excellent magnification range. With a 6x to 24x magnification, it can be efficient for your training, target shooting, and hunting.

The company also designed mil dot reticles to help you determine the object distance if the object’s size is known. Additionally, the three-color illuminations at three levels of intensity work well with the 50mm objective lens in giving you a clear image. 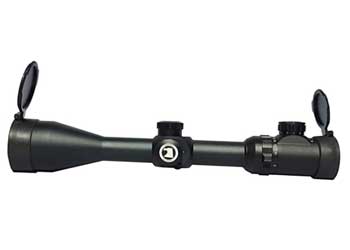 Similar to the first featured model, this comes with three different illuminated reticles: red, blue, and green. But Osprey notably designed this scope with the need of the three gun competitors in mind. Based on reviews and what we’ve researched, this device help lock on targets quickly and accurately, especially at close distance shots (e.g. 100 yards).

You might also find it comfortable to use as it just weighs 18.5 oz, making this model lightweight. Although the objective lens is only 24mm, some people consider it sufficient for sound light transmission. 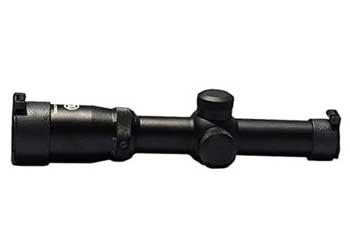 According to those who bought this, some believe that the optical performance of this particular tactical model is comparable with other Nikon models like Nikon Buckmaster and Nikon Prostaff. It might be somewhat expensive, but others think they would have paid twice as much for this type of quality.

If you’re still considering yourself as an average in shooting or hunting, you may see the rangefinding reticle of this scope as helpful in enhancing your capabilities. The hash marks in the center can also act like BDC for long-range targets during hunting 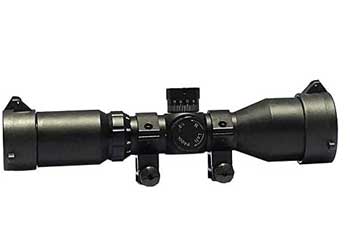 If you own one .22 rifle or shotgun, you might want to consider trying out this standard duplex reticle model. Although engineered for close target shootings, this could also be handy in the medium range. Take note, however, that others consider its fixed magnification as one of the  limitations.

You would also notice that it has the smallest objective lens in this list, with only 20mm diameter. Still, it can provide you with a clear and sharp image, thanks to its light penetration power. You could also find its eye relief as beneficial. 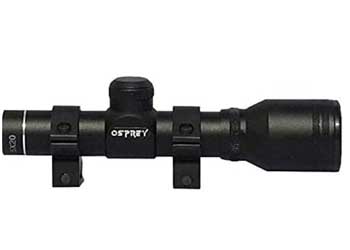 Despite being slightly heavy, following the tactical mil-dot signature series, this unit has a gracious eye relief of 4.5 to 7.6 inches. If you’re usually using a firearm with a strong recoil, it could also be a need for your safety consideration.

With a relatively wide 44mm objective lens, Osprey assures you of one sharp and clear image. Not to mention how the illumination would provide contrast between your reticle and target. 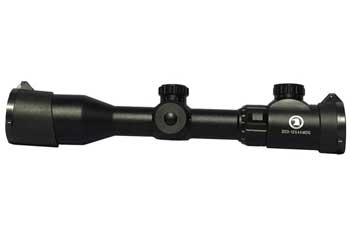 Some scopes are also shockproof, so you don’t have to worry when your scope drops. All these lead to the good product durability.

Regarding the lenses, the manufacturing company has been transparent that their optics use good Hoya glass imported from Japan. The lens sizes and diameters also adhere to the standard 40 to 44mm for a medium rifle scope. Some models also have extensive, objective lenses going up to 55mm.

In the case of Osprey scopes, they use both for their models. For instance, the Standard 2.5×20 Duplex Reticle features fixed magnification.

For some models with variable magnification, you could find a product going up to 24x zooming capabilities. Thus, giving you increased efficiency without missing your target.

Other alternative scopes with promising magnification are Nikon and Leupold. 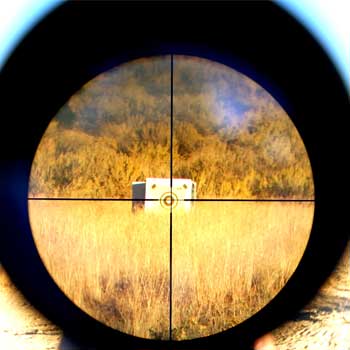 For scopes that have a fast-focus eyepiece design, you simply need to rotate the fast focus element in or out so the reticle would appear clear and sharp. Remember, though, that the brand mentioned that these do not include lock rings.

Some scope models have ring mounts that may either be Weaver-style or Picatinny rings. For your safety, it’s good to make sure that the scope is mounted, given a sufficient distance from your eyes to prevent recoil contact.

As an additional reminder, you’ll know that your scopes are mounted right if you can look directly through your scope, put the firearms on your shoulder, and observe repeatable stock weld. When in doubt about your mounting, always consult or ask assistance from a qualified gunsmith.

Several Osprey scopes are lightweight and compact, making it reasonably easy for you to carry. If portability used to be an issue for you, there’s a lot of models you could choose from in the lower end of the weight level. Just consider the build of the 8.5 oz 2.5×20 duplex model.

The brand also promises to provide you with top of the line compact riflescope without sacrificing usability and high quality. 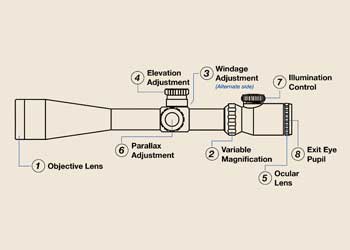 In terms of the illumination system, some use a single color, while others have the three color models of red, green, and blue. Generally, the green one is developed for brighter ambient light, while the red ones are frequently preferred for lower light conditions. You could also notice that some models have reticles etched in the glass.

However, the brand has a reminder if you’ll get scopes with illuminated reticles. Based on our research, it would be good to choose the right setting that is not way too bright so as not to create a halo effect and possibly cause image distortions.

You probably know that a good glass doesn’t come cheap. If you want to keep your lenses in great condition, it’s essential to prevent dust from entering.

Thus, Osprey optics makes sure that all their products use a dust cover so dust won’t get in.

For added protection, some brand models reportedly have a dust protection formula as well. 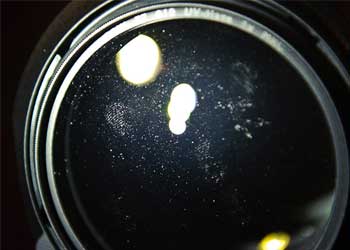 And the Best Osprey Scope is..

Among the five best models featured in the list, the best scope of Osprey is the Mil-Dot Signature Series. The multi-color illumination and strong contrast image capability reflect the excellent optical performance the product make.

However, if you’re not into long-range yards shooting or you consider weight as a crucial consideration, then you might want to consider the other models in this Osprey scope reviews.

If you’re going to buy one, don’t forget to check out these links first.