Lunde Studio is reader-supported. When you buy through links on our site, we may earn an affiliate commission from Amazon at no extra cost to you. Learn More.
When planning to pick up some extra mags for your AR rifles, make sure they’re battle-tested for performance. Interchangeability is also another factor to take note of. Recently, we’ve been looking at Mag577 vs Mag292, and we decided to take them out on the range. Here’s our honest-to-goodness review.

The Mag577 Gen M3 is optimized for ammunition, which is relatively longer up to 2.83 inches. On the other hand, the Mag292 Gen M3 could only fit cartridges that are 2.82 inches long.The Mag292 is optimized for use with SAAMI-spec 7.62×51/.308 Winchester ammunition. Unfortunately, it is NOT compatible with Armalite AR-10B, Noveske N6, Springfield Armory M1A, Rock River Arms LAR8, FN SCAR 17S, PTR-91, HK417, or any other rifles that utilize M14, FN FAL, or HK 91/G3 patterned magazines.

Both mags should fit in most AR platforms. However, the compatibility of Mag577 and Mag292 isn’t precisely the same. Both magazines feature a true 25-round capacity. The Mag577 features a constant-curve body, anti-tilt follower, snap on Impact/Dust Cover. Transparent MagLevel windows to allow rapid visual identification of the approximate number of rounds remaining.

In contrast, the Mag292 features an anti-glare translucent MagLevel window on both sides of the body along with a painted indicator on the spring allows for easy determination of rounds remaining from 1 to 25 rounds.

The Mag577 is less expensive than the Mag292 for a couple of dollars when it comes to pricing. Since magazines are one of the firearms accessories that mostly need to have an extra piece for future use, leaning on the Mag292 considering the extra money you’ll save seems considerably a good idea. With the extra money you’ll save, you can purchase more magazines for stand-by when you might need it.

For reasonably-priced ammo, check out this 30-30 and 308 comparison here.

Both magazines have paint pen dot matrix panels on the bottom of the body to identify marking. Both have flared floorplate aids, magazine handling and disassembly that are slim enough for use with many pouches and a multi-use impact and dust cover that minimizes debris intrusion and protects cartridges from potential damage during storage and transit.

The weight difference of these magazines may be marginal, but to some gun owners, one gram difference could be a hassle, especially finding ammunition chambered with each magazine. 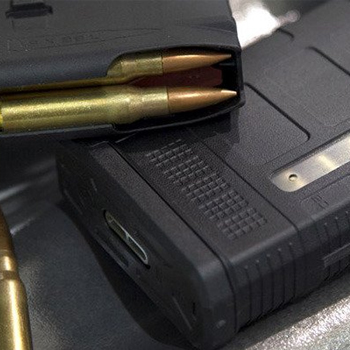 However, the Mag577 is somewhat longer than the Mag292 to accommodate longer than SAAMI-spec match ammunition, which may not drop free from all makes of lower receivers. Some gun owners find this feature a flaw, but other gun owners like us find it an advantage over the Mag292.

Reliability-wise, both Mag577 vs Mag292 are on par with each other. Both mags feature a next-generation impact and crush resistant polymer construction with constant-curve internal geometry for smooth feeding made of high-quality stainless steel spring. They have a ribbed gripping surface, new aggressive front and rear texture for positive magazine handling with an anti-tilt, self-lubricating follower for increased reliability.

For reinforced reliability, check out our review on these Taurus G2C extended magazines. 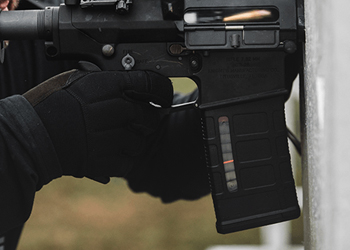 To claim that both magazines are durable shouldn’t be questioned, for they both feature a next-generation impact and crush resistant polymer construction and black-oxide coated finish that ensures the durability of the magazines.

They also come with constant-curve internal geometry for smooth feeding made of high-quality stainless steel springs. It’s quite tough to choose between these two magazines, which is more durable.

Between the Mag577 vs Mag292 magazine battle, we recommend the Mag577 because it is compatible with many guns and pistols compared to the Mag292. Aside from that, it also accommodates longer than SAAMI-spec match ammunition. We are impressed with its self-lubricating and polymer anti-tilt follower that ensures durability and reliability.

If you want to add ambidextrous controls to your AR,  check out this Magpul  and Troy ABR comparison. 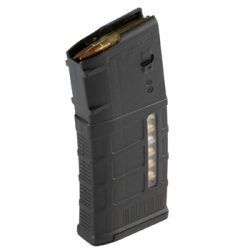