The Oregon Law allows its residents to own firearms, and in line with this, the federal government has decided to impose strict gun ownership laws and regulations.

Possessing firearms may be legal, but every citizen must follow the rules to avoid gun violence and other related crimes. Read on to find out how to buy a gun in Oregon.

Purchasing a Gun in Oregon

Unlike the other US states, the federal law in Oregon doesn’t require residents to have permits and licenses. Oregon gun laws require the state police to keep purchase records for a minimum of 5 years instead.

Still, it’s a good idea to get a concealed carry license because this will prevent you from getting in trouble for any misdemeanor involving violence and gun-related crimes. 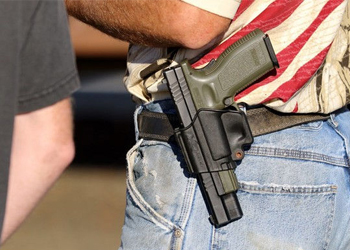 Types of Guns You Can Legally Own

Local gun laws in Oregon [1] are quite lenient as residents can purchase handguns, shotguns, and other kinds of firearms easily. They are also easily available in gun shops and gun shows. However, armor-piercing bullets are strictly banned. Only law enforcement agency personnel are allowed to use such ammunition.

A machine gun, and some assault weapons, long guns, and other high-powered firearms are prohibited. If you plan to get those falling under the category of long guns or an antique firearm, it’s best to ask for legal advice first. It’s also not legal to own a firearms silencer, whether for a long gun or a short one.

Before purchasing a gun, the buyer will undergo a strict background check through the FICS or the Firearms Instant Check System. Even private sellers need to conduct a criminal background check on a non-related buyer.

Unlike traditional background checking, using FICS will only take a few minutes. All the buyer should do is present a valid ID to the gun dealer. Buyers should also be aware of the people they transact with. It’s best to conduct background checks on sellers to find out if they’re federally licensed firearms dealers. 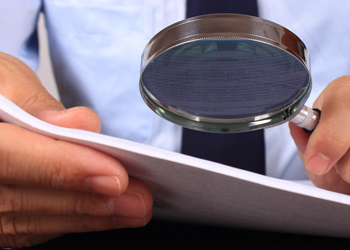 How & Where to Use Firearms

Concealed firearms are illegal unless owners have Oregon CHLs (Concealed Handgun Licenses). These can be carried in public and used for affirmative defense even when an area prohibits the carry of concealed guns.

Open carry guns are legal in Oregon City. But the catch is that not all areas as the law permits local counties to impose their laws on carrying loaded firearms. For example, an open-carry loaded firearm is prohibited in Multnomah County.

As stated earlier, the affirmative defense allows an Oregon resident to use a firearm, but pointing guns is illegal and punishable by the law. When found guilty, you can be fined up to $500 or jailed up to 6 months.

Whether you have a concealed handgun license or carrying a firearm openly, there are gun discharging laws you should follow, so do your own legal research. Under the Oregon gun laws and other local laws, you can be found guilty of illegally discharging your firearm without reason.

Possessing a firearm for self-defense with deadly physical force to defend yourself, another person, or your property is acceptable. For instance, domestic violence cases.

Who Can Possess a Firearm in Oregon

People who are 21 can be concealed handgun license holders, provided they have a concealed carry permit. Meanwhile, those who are 18 years old and above can get open-carry firearms with the necessary permit needed.

Carrying machine guns will require additional background checks but will still fall under the same rules. However, if you need to purchase a firearm to protect your family members or simply for target shooting, go for something you can use for your personal need instead of opting for a machine gun.

Police officers and the armed forces are also allowed to possess a firearm because they are in the area of human services. A law enforcement officer with concealed weapons while dressed as a civilian is also acceptable.

A legal resident alien will be able to own a gun in Oregon. They can acquire a CCW permit after declaring in writing to the Immigration and Naturalization Service their intent to acquire citizenship status and after presenting the necessary proof.

Who is Restricted in Owning a Gun in Oregon?

Residents under the age of 18 are restricted from owning an open-carry gun in Oregon, while for concealed-carry guns, the age limit is 21. Unlawful possession of firearms by a minor will be punishable by law, and the parents of the minor will be held liable before a juvenile court.

The said minor will also face juvenile court. Selling a gun to a minor will hold the gun shop, gun show, or individual liable as well. The health division registry of Oregon is working against gun violence and is continuing to study how to safely use firearms in the city.

Does Oregon require gun owners to secure any license?

Yes, Oregon requires gun owners to secure a license. These licenses may be in the form of a CCW permit or a CHL to carry a concealed gun.

Am I allowed to have a concealed gun in my car?

Yes, you can have a concealed gun in your car if you have a permit and a CHL. Remember to bring these licenses with you always, especially if you intend to bring your weapons out of the house.

What is the Stand Your Ground Law?

The Stand Your Ground Law states that you can use deadly force for self-defense. However, the suspect should be able to prove that the force was necessary.

What is the Castle Doctrine?

The Castle Doctrine gives homeowners the right to use deadly force to defend their properties if there is an intruder present in their property. This is acceptable as long as proven in court.

So, How Do You Purchase Guns in Oregon?

To purchase a gun in Oregon, you must be of legal age, acquire a Concealed Handgun License and a Carrying a Concealed Weapon Permit, and purchase a legal firearm by passing the Firearms Instant Check System.

Before buying a gun, make sure that you are not under any restriction to own a firearm. Always follow firearms safety guidelines and be a responsible gun owner.