Skip to content
Lunde Studio is reader-supported. When you buy through links on our site, we may earn an affiliate commission from Amazon at no extra cost to you. Learn more.
When it comes to Ruger SR9C vs LC9 Ruger, both have a great balance of concealability and reliability among Ruger’s handgun lineup. While they’re both practical and high-performing pistols, let’s see if these two have differences based on design, features, and performance.

Ruger SR9C & Ruger LC9 - What are the Differences?

The differences between Ruger SR9C and Ruger LC9 lie in their caliber, trigger systems, and magazines. Like various polymer gun models, SR9C is a striker-fired compact, yet it utilizes a double-stack design. In contrast, Ruger LC9 has an external hammer instead.

But the higher capacity of SR9C explains its added size and weight. Besides the 10 rounds, it has another 17-round mag for backup, a considerable difference to the only 7+1 capacity of LC9.

Since Ruger LC9 and SR9C came from the same brand, you can find little to no difference regarding their ergonomic design. Both have a grip and pinky extension that Ruger designed with a fine checkered texture to provide a more secure grip.

With the 0.96-inch grip width of Ruger LC9 vs the 1.27-inch grip of Ruger SR9C, we can say that the small difference is negligible. Both feel comfortable in hand, even with medium or large hands.

Yet, for a slight advantage, Ruger SR9C offers an adjustable backstrap for either a flat or arched fit.

Like in the case of Ruger LC9, gun manufacturers didn’t design all handguns to be ambidextrous. So, if you’re a left-handed shooter, you might consider SR9C as the better option because of its thumb safety and magazine release.

However, because of SR9C’s bigger and weightier specifications, some handgun users believe that it’s better as a backup gun rather than a pocket pistol. For us, however, it may also depend on how you plan on carrying or concealing it. For instance, using a belt or suspender could help you with the weight. 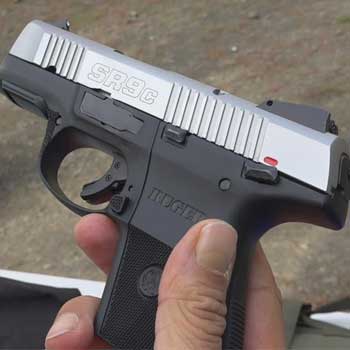 A 9mm caliber pistol is usually ideal in terms of shootability, and both of these Ruger guns didn’t fail to deliver. But when we tried shooting them, we were surprised at how SR9C managed to provide a tamer recoil. Many also responded to how easy it was to make follow up shots with their SR9C Ruger.

Regarding the LC9, it was a great experience using it as well. But if you’re not familiar with its trigger, shooting the target might be a bit of a challenge.

Whether as a backup or a personal defense gun, we can attest to how Ruger produces guns, which you can rely on. Indeed, upon putting several thousand rounds on both guns, we never experienced failure of any kind. We loaded a variety of ammo, and they functioned flawlessly.

If that’s not enough, Ruger SR9C and Ruger LC9 became recipients of the Shooting Academy of Excellence Handgun of the Year in 2010 and 2011, respectively. 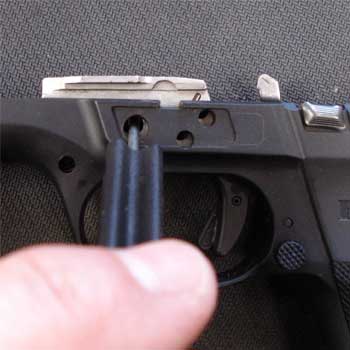 Speaking about the Ruger SR9C vs LC9 trigger pull, SR9C gets the advantage on this one as it has a relatively shorter and lighter trigger pull. SR9C’s 5.2 lbs trigger pull is on a lighter end compared to LC9’s approximately 6.5 lbs.

Although some mentioned that SR9C has somewhat a long reset, it wouldn’t be much of a problem because it has an audible click and a tactile feel.

Besides, the long and heavy double-action trigger of the Ruger LC9 usually receives criticism from handgun owners and enthusiasts alike.

Recommended: The Sig P365 and P938 have great triggers too.

It’s an expected tie for this one, mainly since Ruger is known for its dovetailed, three-dot sights system. Both the rear and front sight are adjustable for windage, but only the rear sight allows elevation adjustments.

Like the other users, you might find the size of their sights as working suitably well with the gun. However, night sights don’t seem to be available as a factory option for now.

For the Ruger SR9C vs LC9 final verdict, our team chose Ruger SR9C. From possessing better ergonomics to having a shorter and lighter trigger pull, it’s clear how SR9C showed a greater advantage.

But if you’ll focus on size and performance, LC9 Ruger would appear to have a better balance between shootability and concealability.

Regardless, choosing one would be a tough call, given their reliability. Why not click these links to start adding them to your handgun collections today?

We recommend you to check out Ruger Security 9 vs SR9 Comparison. 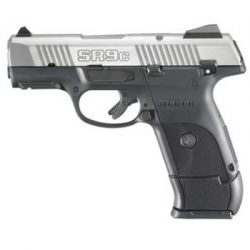